Home » Reviews » Tile vs Apple AirTag – Which is better?

Tile vs Apple AirTag – Which is better? 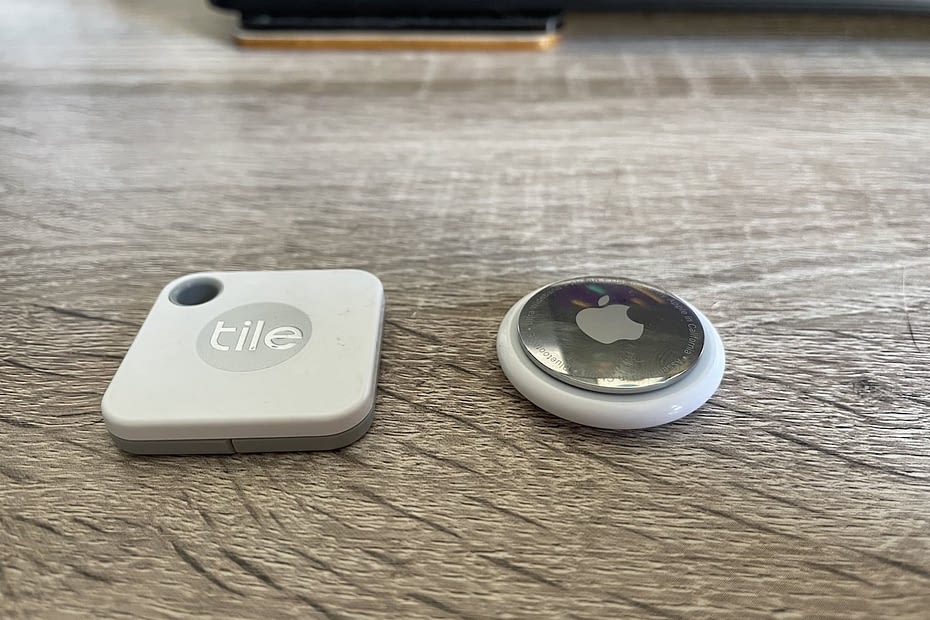 For a very long time Tile has been the ‘go to’ tracking device. Their tracks are small, compact and they work well. However, in April Apple announced the AirTag which does the same thing but with a bigger network. So, which is the best device, the Tile or the AirTag? I’ve used both and here are my thoughts on why the AirTag is better than the Tile.

Tile vs Apple – Which is better value for money?

When comparing the Tile and the AirTag value for money is a key thing to take into account especially when you are likely to buy more than one. Tile has a range of products depending on your needs starting with the Tile Sticker that costs £34.99 for 2 and going up to the Tile Pro at £30. The Tile Mate sits in the middle at £20 and is probably the best Tile choice for most users.

This means the Tile is the better value for money however it’s incredibly close and whilst the Tile sticker works out at £17.50 each they don’t have replaceable batteries and so after 3 years you have to completely replace them.

AirTag vs Tile – Which Looks Better?

The look of something you’re going to be carrying around all the time is pretty important.

Tile have a range of designs but the Tile Mate and Tile Pro are the key ones to consider here. Both have a fairly thin square design with a space for a keychain in the top. They’re completely made of plastic and look pretty good.

The Apple AirTag on the other hand has a rounded look and whilst it is thicker than the Tile and has the same width the rounded design makes it feel smaller, it also feels much more premium to hold.

For me the Apple AirTag is better looking than the Tile.

Tile vs AirTag – The Features

In a ‘Tile vs AirTag’ match the most important aspect is the features so let’s talk about those.

Both the Tile and AirTag use the location of other devices to update the location of your tracker. The Tile uses other devices running the Tile app and this works well (especially given the many years Tile have spent making their trackers). The AirTag uses existing Apple devices which gives them an estimated 1 billion active devices to bounce off which means you’ve got a higher chance of the AirTag being found rather than your Tile.

If you want to find your AirTag or your Tile you do this within the app, you can see where it was last found and when it was found. You can also make your AirTag or Tile make a noise to help you find it (the AirTag is slightly louder) and you can put them both into Lost mode so you get an alert when it’s found.

An AirTag in lost mode also allows you to attach a telephone number to it so someone finding it can use NFC on Android to view your details or the Find My app on an Apple device to reunite you with you lost item. The Tile also has a reverse lost mode whereby you can use your Tile to locate your phone.

And that is where the similarities end because Apple’s AirTag has some extra features!

On top of being able to make a noise and having lost mode the AirTag also has some anti-tracking features which means your phone will alert you if someone else’s AirTag is travelling with you. This is one of Apple’s anti-stalker features and at the moment the alert only happens when you get to a significant location but hopefully Apple will improve this over time.

What about battery life and water-resistance?

Finally, if you care about the ins-and-outs then both Tile and AirTags are water resistant, have around a 1 year’s battery life with their replaceable batteries and use bluetooth.

So…is the AirTag a Tile killer

I could spend a lot of time talking about the pros and cons of both (and I already have) but for Apple users there’s only one choice and that’s the AirTag. It costs a little more but with Apple’s massive infrastructure of devices you’re more likely to find your lost AirTag anywhere in the world compared to a lost Tile.

For that reason in the battle of Tile vs AirTag the AirTag wins!